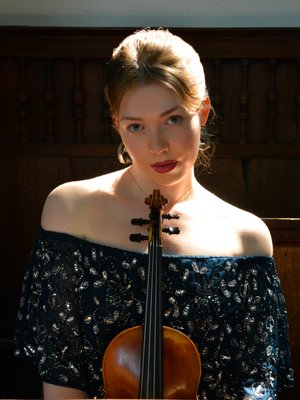 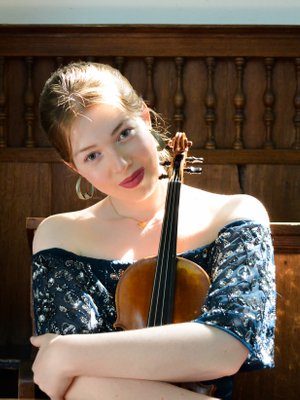 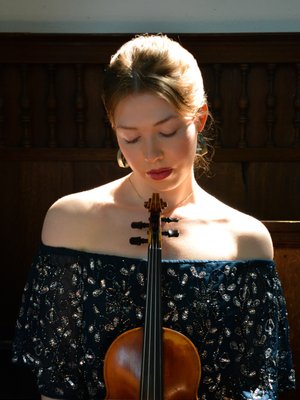 Lisette Anna Carlebur is a Dutch violinist, most known for her unique sound. She started playing the violin at the age of five. During her years of studying, she's been under the guidance of violin teachers Jussi Paananen and Lex Korff de Gidts. In June 2021, she graduated with the Masters degree and studied under the guidance of renowned violinists: Maria Milstein and Mathieu van Bellen in Amsterdam and Professor Elisabeth Kufferath in Hannover. During her studies, she also received Baroque violin lessons from Shunske Sato and Sayuri Yamagata as well as classical singing lessons from Roswitha Bergmann.

From a young age, Lisette was recognized as an upcoming talent. At the age of ten, she received the 'Kristalhelder' prize and at the age of thirteen, she was scouted to do audition for the Young Talent Class of the Sweelinck Conservatory in Amsterdam. She has been rewarded with many prizes since, among others, the first prize at the 'Rijnlands Muziekconcours', the third prize at the 'Prinses Christina Concours' and the second prize at the 'Britten Vioolconcours'.

Lisette has been invited to play many concerts at important venues in Holland, like the 'Concertgebouw', 'Muziekgebouw aan 't IJ' and 'Tivoli Vredenburg', but also in Spain, Germany and Mexico. In 2013, she was selected to play and perform with members of the Royal Concertgebouw Orchestra the wonderful sextet in B-flat of Brahms, which they performed at 'Kasteel Amerongen' and in 2016, Lisette was invited by the Dutch embassy in Mexico, to perform many concerts at important venues, such as 'Museo Nacional de Arte', during a tour throughout Mexico and to give masterclasses to aspiring musicians in Ciudad Juárez. In 2017, she's been asked for being one of the string players to perform together with the very popular 2CELLOS at the 'Muziekgebouw aan 't IJ.'

Since six years, Lisette forms a duo with successful church organist Víctor Baena - Duo Sonorous. They have been invited to perform at many eminent festivals, like the Grachten Festival and the 27th edition of 'Música en la Catedral de Astorga.' Their playing has surprised many with the well-fitting, unique combination of organ and violin.

Since January 2021, Lisette forms a duo with pianist Carlos Marín Rayo. Their collaboration paid off fast, as they have won 1st prize (Grand Prize Virtuoso) and 2nd Prize (Medici International Music Competition) as a chamber music ensemble. They have also been invited to play at the Solitär hall of the Mozarteum in Salzburg.