Sonorous means "an imposingly deep and full sound". Lisette and succesful organist Víctor Baena de la Torre chose that name for their ensemble to match the big and full sound their church organ and violin produce together. Duo Sonorous exists since 2015 and Lisette and Víctor have been invited to give many concerts at numerous different locations in Holland and Spain. Apart from 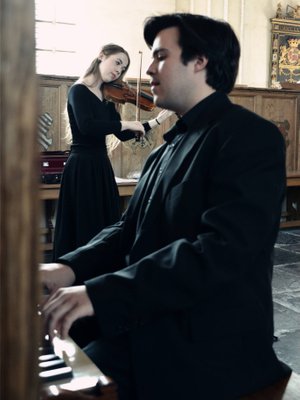 "Our goal is to show our audiences the amazing combination the church organ and violin make and show everyone its possibilties." - Duo Sonorous

The existing repertoire for this combination exists out of pieces from the Baroque to the Modern period and everything in between. Nevertheless, in comparison to the repertoire of other combinations, however beautiful, the repertoire for violin and organ is quite limited. But, with arranging, the repertoire becomes almost limitless. Currently, the Duo is working on a whole new modern program, mostly arranged by the Duo itself.

Víctor Baena de la Torre was born in 1995. He began studying guitar with Enrique del Rosal and piano with Carmen Rubio Fominaya at the age of 12 at the Conservatory of Music Arturo Soria in Madrid. Later he became interested in the interpretation of early music, especially in the music written for organ and harpsichord, so he decided to study organ under the tutelage of Anselmo Serna, harpsichord and basso continuo with Denise De La-Herrán and chamber music with Jesús Sánchez.

Víctor completed his Bachelor and Master studies at the“Conservatorium van Amsterdam” with Pieter van Dijk , Matthias Havinga and Louis Robilliard. He continues to study for his 'Konzertexamen' degree at the 'Hochschule für Musik und Theater Hamburg' with Prof. Wolfgang Zerer.

In June of 2019 Víctor won the first prize at the Schnitger Orgelconcours of Alkmaar (The Netherlands). 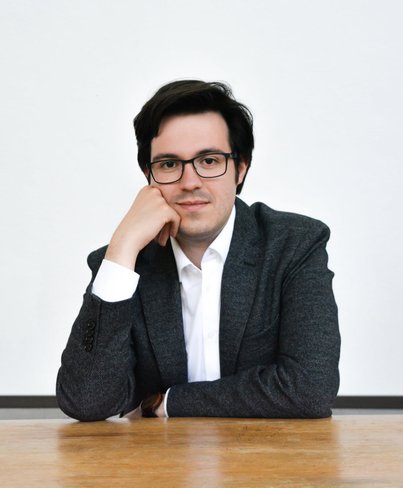 Duo Sonorous has their own YouTube channel on which you can find their recent musical projects. Naturally, you'll find violin and organ related videos, but they also share a love for guitar music and singing. An example is their cover of Laura Murcia's 'Las Curanderas'.